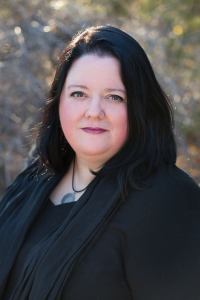 Heather Petty has been obsessed with mysteries since she was twelve, which is when she decided that stories about murders in London drawing rooms and English seaside villages were far superior to all other stories. Lock & Mori is her first novel. She lives in Reno, Nevada with her husband, daughter, and four hopelessly devious cats.

About LOCK AND MORI: 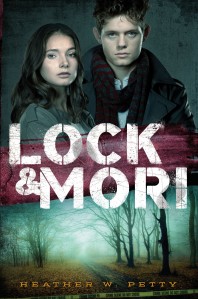 In modern-day London, two brilliant high school students, one Sherlock Holmes and a Miss James “Mori” Moriarty, meet. A murder will bring them together. The truth very well might drive them apart. Before they were mortal enemies, they were much more.

Elly: I loved this book and once I started reading it, I couldn’t put it down until I reached the very end and knew what happened.

Elly: This story is about the mystery in life and death. How did you come up with this idea?

Heather: I came up with the idea after reading a blog post about the relationships between heroes and villains that made the point that all we know: Moriarty is from Sherlock’s POV. That made me wonder what if Sherlock had lied to Watson. What if Moriarty knew Sherlock in high school and something happened to turn them into enemies?

Elly: How did your own life impact the telling of Mori’s story?

Heather: In the story, we meet Mori after her mom has died (promise, no spoiler). I was 15,000 words into writing this book when my mom was diagnosed with cancer. She died six weeks later. It was hard to write for a while. And, when I finally did dive back in, I wanted to be sure I could write Mori’s story without it becoming my own.

Elly: I am so sorry for your loss. And, I want you to know that you succeeded in your goal. While I felt an authentic sense of loss while reading, I experienced it through Mori’s lens. Sherlock Holmes is obviously well-known for his crime solving, how did you decide to weave his teen self into this novel and not make him the main character?

Heather: Sherlock has been so explored over time and is always the center of the story. I wanted this to be Mori’s story. I liked turning the good girl/ bad boy trope on its head. This is not a retelling, but a story of origin. Kind of like what Smallville was for Superman.

Elly: Did you find the essence of your story changed a lot from when you first started writing?

Heather: In the very beginning, Mori was going to be a boy. But when I started taking notes about the character, I realized Mori was meant to be a girl in this story. During revision, the story didn’t change much, but the stakes got higher. Mom’s role exploded. Dad became more violent. Lily’s role crystalized – as she plays a large role in book 2.

Favorite mystery as a kid? Murder on the Orient Express by Agatha Christie.

Oddest job you ever had? Outdoor education instructor teaching Geology and Mining and Physics in Nature (even though I’m bad in math).

Morning or night-time writer? Night time. Peak hours for writing are 11 pm to 2 am. However, with a day job and a kid, my optimal writing now lands between 7 pm and 11 pm.

You have your best aha story moments when … I am taking a shower/ driving in a car/ about to fall asleep at night.

Character in a story who you most identify with is … Harriet Vane from Dorothy Sayer’s Lord Peter mysteries. 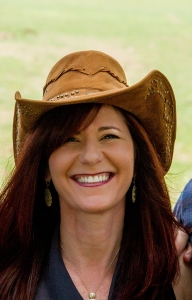 Elly Swartz lives just outside of Boston with her husband, two sons, and beagle. Elly’s debut novel, FINDING PERFECT (FSG, October 18, 2016), is a middle grade story about friendship, family, betrayal, OCD, and a slam poetry competition that will determine everything.

One thought on “The Debut Club: An interview with Heather W. Petty, author of LOCK & MORI”