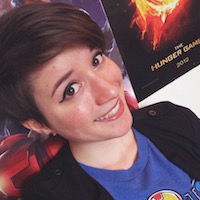 Ava Jae is a YA and NA writer, an Assistant Editor at Entangled Publishing, and is represented by Louise Fury of The Bent Agency. When she’s not writing about kissing, superpowers, explosions, and aliens, you can find her with her nose buried in a book, nerding out over the latest X-Men news, or hanging out on her many social media channels.

Her debut, BEYOND THE RED (Sky Pony Press, March 2016) is a Young Adult science fiction novel. A feud on a distant, crimson planet with established nanite technology creates a violent uprising that threatens the reign of a teenage queen and forces her to turn to her rebel half-blood bodyguard for help, before the planet’s human population is destroyed at the hands of her power-hungry twin brother.